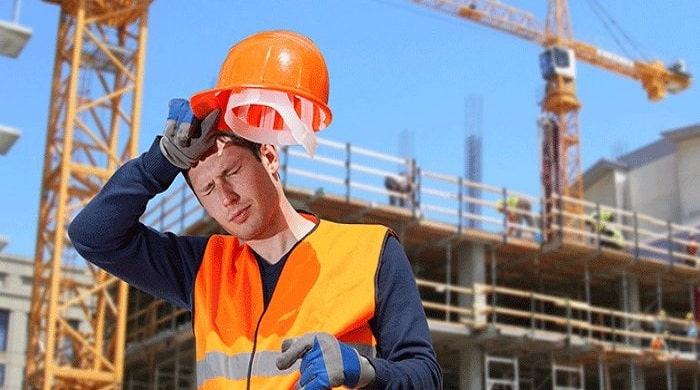 Workers in this industry are particularly susceptible to experiencing poor mental health due to a number of occupational factors: The industry is very fast-paced, leading to a high-pressure work environment, and sites are often remote, which means workers endure long commutes and lengthy periods of time away from friends and family. Workers often end up resorting to drugs and alcohol to manage loneliness and the boredom that stems from monotonous tasks. A survey carried out by nonprofit Considerate Constructors Scheme found that over 59% of British construction workers have concerns about issues related to substance abuse in the workplace.

Construction employees often face job insecurity, as they’re more likely to be hired on precarious employment contracts in an industry with increasingly less money to pay workers fairly, and COVID-19 has only made matters worse.

Roughly 90% of the workforce in construction are men, and they are often middle-aged, placing them in a high-risk category for depression and suicide. In-turn, the traditionally hypermasculine work environment is often incompatible with frank and vulnerable conversations about worker well-being, which only exacerbates the problem.

Investing in technology to improve conditions for workers is beneficial for business owners too: One case study found that the implementation of safety risk management systems in construction saw a return on investment of 46.08%.

In 2020, wearable devices, data software and gamification strategies are just some examples of how technology is addressing the rising mental health problem in the construction industry.

Wearable tech can allow for early recognition and intervention in situations where workers are struggling with mental health. For example, a hard-hat mounted sensor can be placed on construction workers’ helmets to collect data such as temperature, humidity, and UV exposure, to track workers’ exhaustion. In addition to environmental factors, this device can also measure physical exertion, the number of social interactions a worker had, and how long their shifts were, to give a rough estimate of their likely emotional state.

The technology passively collects a diverse range of insights about the circumstances of an employee’s working week, taking the onus off of the worker to accurately judge and action upon their own emotions. This passive process for assessing mental health is essential in such a male-dominated industry, where the typical hypermasculine work culture can make men reluctant to address a potential mental health issue — for example, several studies (Addis & Mahalik, 2003; Mackenzie, Gekoski, & Knox, 2006; Möller-Leimkühler, 2002; Yousaf, Popat, & Hunter, 2015) have shown that men hold more negative attitudes toward the use of mental health services compared to women.

The devices can also convey mental health information to employers, who can take decisive action without an employee having to ask directly. Workers can privately access personal health and wellness recommendations based on data collected during the week, so they can handle their situation more effectively on their own. Giving workers and employers the ability to measure mental health indices and act upon recommendations is an essential first step in addressing this crisis in construction.

Empowering workers with data access can give them greater control, autonomy and a sense of ownership toward the work they are doing, and this is likely to boost employee fulfillment and make them feel credited for their hard work. Health and safety data, such as risk factors that an employee could have been exposed to, can also help workers make necessary adjustments to protect their well-being.

One of the major contributing factors for poor mental health among construction workers is the often tense dynamic that arises from multiple teams butting heads while trying to meet tight deadlines. The typical project management hierarchy in the construction industry involves many subcontractors and labor forces, which can be a stressful environment to coordinate. Data about workers on-site, attendance tracking, and productivity can be made more readily available via wearable devices, for example. A high transparency jobsite, enabled by expanded data access, can help improve accountability across teams – no more bickering about who was on site, who did which task, or what caused a missed deadline. The sooner parties are able to stop arguing about the cause of the problem, the sooner they can start working together to identify the solution. Data collected through wearable sensors can also boost trust between teams more so than manually collected data, as this data can theoretically be skewed or biased, whereas sensors are impartial.

The cult of presenteeism on construction sites, i.e. the pressure employees feel to show up to work despite being physically or mentally unwell, can also be managed by expanding data access – if employees and employers alike have an improved understanding of a worker’s situation (i.e. how long their shifts were, if they have been working in extreme weather conditions) there is more room for openness about their struggles. This openness is key for dismantling the taboo of taking time off work.

Expanding data access can improve a worker’s jobsite experience overall, which will have a positive impact on numerous factors contributing to wellbeing.

Technology can be used to create ranking and accolade systems that incentivize workers, introduce fun into the working day, and interrupt monotony. These solutions are also ideal for the machismo working environment that is commonplace throughout the construction industry, because it enables a light-hearted approach to mental health management.

For example, sensors can be mounted on workers’ hard hats to track how effective they are at social distancing due to COVID-19, and send alerts when they get closer than six feet to each other. Crew members are then ranked by their social distancing skills in a format that is similar to competing in a video game, and top scorers can win bonuses. Sites in Los Angeles who adopted this technology saw an overall increase in site-wide safe distancing of 19.6%, as well as a 75.8% decrease in non-essential proximity. Gamifying some of the more repetitive or mundane elements of construction work helps improve worker motivation and fulfillment, which is essential for maintaining a positive mindset.

Improving the overall well-being of construction workers should be sufficient grounds to implement these technologies, but there is also a financial case for making these interventions: A healthier, happier and more driven workforce is likely to produce more work and meet deadlines more easily. Dr. Wendy Jones, a senior researcher from Loughborough University, proved how ill-health in construction, be it mental or physical, costs employers £848m annually.

Helping workers stay mentally well on the job also improves worker retention – an area where construction businesses often lose money. These technology interventions, therefore, represent a win-win solution for all parties. This is just one of many examples that demonstrate how taking care of your workers is also good for your profit margins. 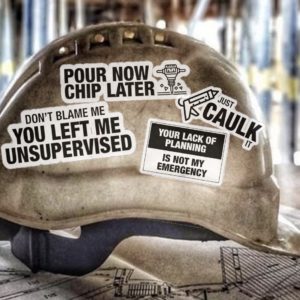