While I’ve written a lot about the new Las Vegas Raiders stadium over the past couple of years, that stadium wasn’t the only one to make its NFL debut this season. SoFi Stadium, located in Inglewood, California and the new home to the Los Angeles Rams and the Los Angeles Chargers, officially held its ribbon cutting ceremony on September 8 of this year, but, as well all know, it’s not real until the timelapse video is released.

Thankfully, EarthCam has us covered on the full timelapse video, which you can watch below, of the 1400 day construction schedule that started in November of 2016. After the completion of construction, Sofi Stadium became the league’s largest stadium by square footage (3.1 million SF) and also the most expensive stadium of all-time, topping an incredible $5 billion. Seating capacity for an NFL game is 70,000, but can expand up to 100,000 for special events.

The stadium isn’t just big, it hosts some pretty unique features, as well. It boasts a double sided video board, each 70,000 square feet in size, a 2.4 million pound behemoth. The stadium is also roughly 3 miles from Los Angeles International Airport (LAX), so the playing field is 100 feet below ground level to help reduce the overall height of the building to allow for flight paths.

The stadium was also designed to be “indoor/outdoor.” While its roof is fixed, the edges are open to the outdoors and the roof contains 60 foot by 60 foot adjustable openings on nice days. Just like the new Raiders stadium, SoFi Stadium’s roof is constructed of ethylene tetrafluoroethylene, or ETFE, which is a translucent material, allowing fans inside the stadium to see the sky, but also provides shade from the sun.

Check out the full build video, from EarthCam, below:

Excavators aren’t typically meant to be dropped down to a lower level, but certain circumstances require it sometimes. The machines are obviously extremely heavy, so a large crane and proper rigging is required for it to happen safely. As a construction firm in Hong Kong, China recently found out, though, it’s a little tougher than it seems. 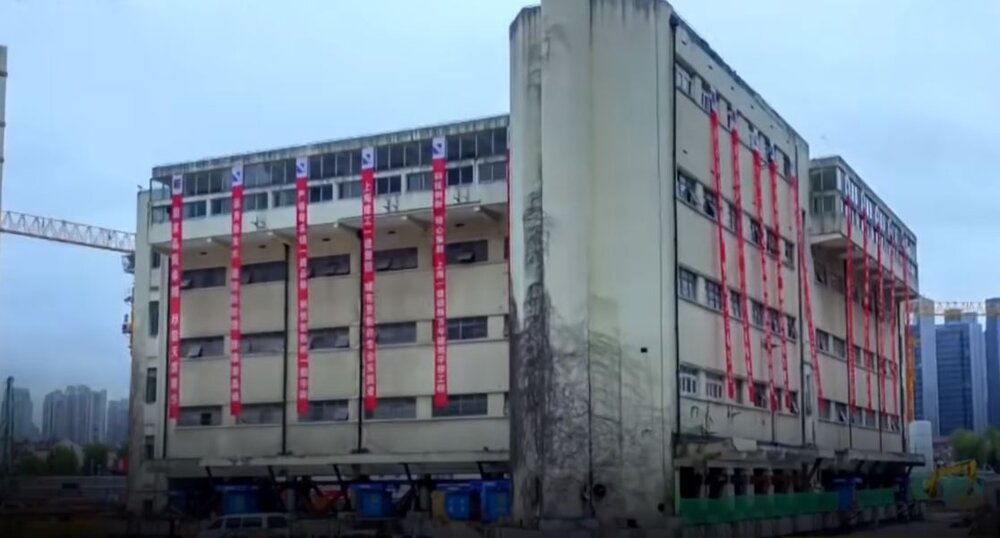 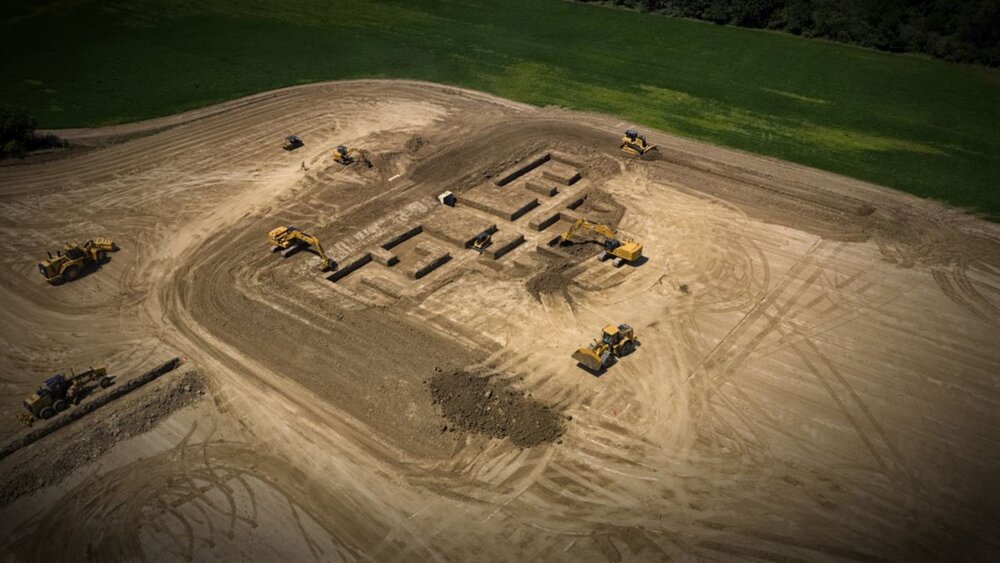 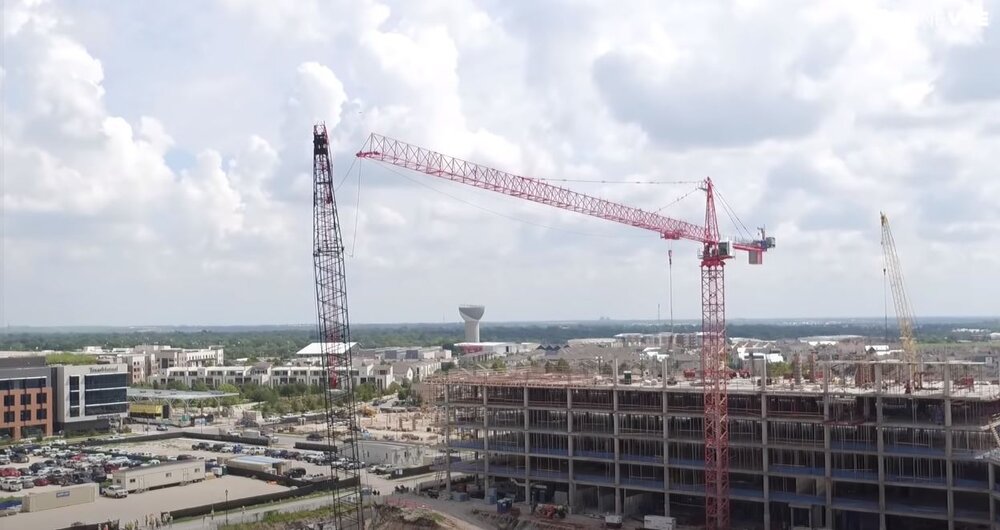