Working Remotely—But Not at Home 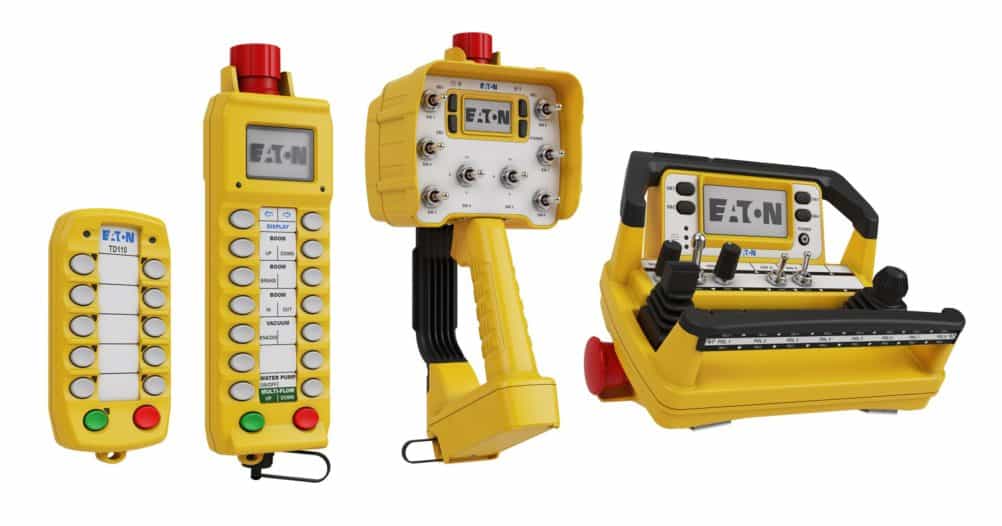 The COVID-19 mandates, starting in March, caused many businesses considered “non-essential” to send their workers home, with some transitioning to remote workers while others were furloughed. Construction in some states stopped entirely for weeks or until the governor realized how essential construction was to the state, the people, and the economy. Now that the economy is opening up more, remote workers are returning to offices and trades are returning to their jobsites.

But the pandemic isn’t over and remote working can return in force at any time. Now, even construction work can be done “remotely,” on the jobsite, using wireless technology. On a construction site, wireless controllers can operate heavy machinery, such as concrete mixers and cranes. Remote operation provides a number of benefits, including reducing the amount of personnel on-site and keeping workers out of harm’s way.

New units from Eaton’s eMobility division, OMNEX Trusted Wireless mobile control solutions for heavy machinery and field operations, work on the 900 MHz radio band and the two-way remote-control units allow for the wireless control of high-value machinery in harsh environments, including construction. They have a range of up to 1,650 feet and can be programmed for a wide range of functions.

For example, an operator can remotely control boom functions, rotate a mixer barrel, or raise and lower a crane, all from a safe distance. The wireless controls can also be programmed to provide feedback via a screen, haptic response, or sequenced light-emitting diodes. This function can be used to signal an operator when a crane is fully extended or be programmed to display the amount of weight a trailer is carrying.

The units have undergone Eaton’s proprietary cyber security protocols to prevent the signal being hacked into by an outside source, while sophisticated control algorithms guarantee fail-safe operation. Each controller can be programmed to connect with a receiver installed in the electronic systems of a remote vehicle or machinery.

The wireless controls are compliant with Ingress Protection Code 65 & 67 (IP65 & IP67) ratings, which are “dust tight” and protected against water spray as well as complete, continuous submersion in water. They have been redesigned for better form, fit and function, making them easier to hold and control. The new control units also feature updated radios and lithium ion batteries for better performance.

Essential Construction is a construction technology company located in Ontario Canada. Founded by a group of experienced construction professionals our mission is to improve the construction industry through the sharing of information.